Back in December, I spent some of my holiday break  going through my Facebook blog page DMs from readers (yes, I actually make time to read and answer those) and this was one of the ones I had received:

I’m not going to lie, the question took me off guard to the point that I failed to formulate an immediate answer. So I simply wrote back that I needed some time to process this a bit, promising that I would cover this topic on the blog as soon as I could.

Weight loss is such a touchy subject. Understandably so as it triggers a lot of difficult memories and emotions for many of us, especially if you are a woman. As someone who grew up being constantly criticized, bullied and even publicly humiliated for my weight, I still cringe a bit when Weight Watchers is brought up in conversation. (For context I was gifted a membership to that program by my Great Aunt when I was 9 years old and subsequently continued to do so until the day I turned 18, but that’s a story for another time.)

I came into plus size fatshion through the body positive movement and I know that for some people its the opposite. This was back in 2009, before it all went mainstream and body positivity, as it applied to plus size bodies specifically, was more along the lines of size acceptance. I was 19 and had a history of leaving the mall in tears for not being able to find anything that I liked that fit and was actually affordable.  I told myself that I hated fashion but the truth was that I hated the fact that the fashion industry just wouldn’t work with my body.  I believed that in order to have things like respect, love and nice clothes, akin to that of my thinner peers, I would have to lose as much weight as possible first. 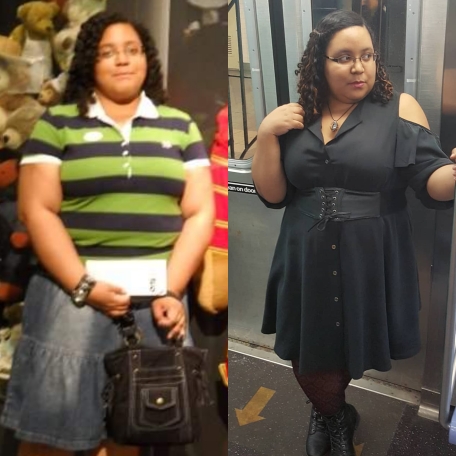 That’s when I stumbled onto The Big Girl Blog by Cece Olisa. It was purely by accident, as I had been online shopping for plus size club clothes since I had been invited to a party that called for that kind of thing. I kept reading post after post and ended up finding other similar blogs that covered topics such as dating, fashion and, of course, body love and body positivity. Motivated by what I read,  I started to unlearn the negative “lessons” that had been instilled in me and learned to love and celebrate the body I have. END_OF_DOCUMENT_TOKEN_TO_BE_REPLACED

2019 is finally here and with that comes the resolutions, new goals and of course changes to one’s closet. For me this means getting rid of things that I didn’t use the year before as well as doing a bit of a “refresh” in adding some new pieces that I can use with what I already have.

I personally love shopping once the holiday season ends because the end of season sales that are happening right now  provide a great way to refresh your closet  From coats, bathing suits and even shoes, you can literally build a new wardrobe should you really wish to, all without breaking the bank!

So on the final weekend of 2018 I headed out to Long Island with my mother to do just that. I managed to get some items, two of which I styled for this casual look.  It is as step away from what I usually go for though it is very comfy so if anything this is something I will be wearing during my next shopping recon trip and may even next fall to go pumpkin picking. 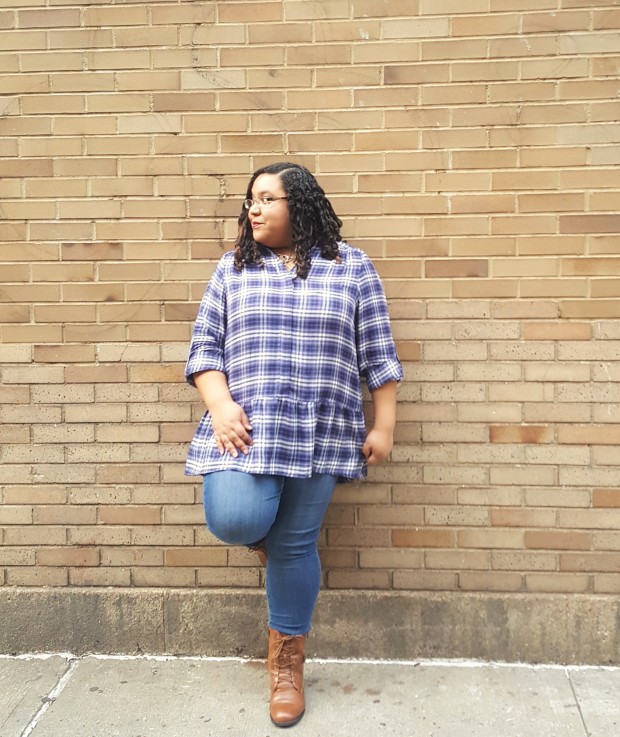 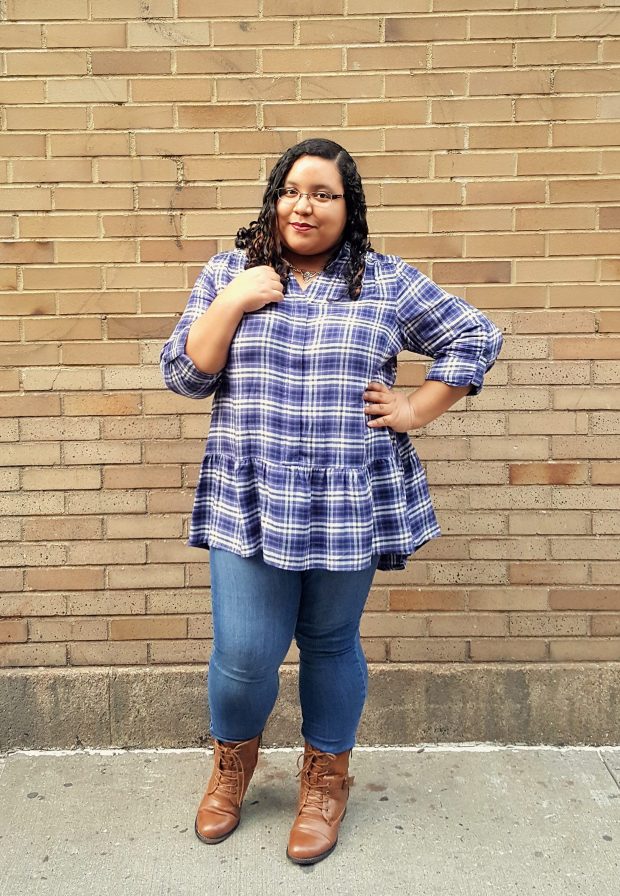 END_OF_DOCUMENT_TOKEN_TO_BE_REPLACED

This  year marks the first time that I’ve made a point to have a Netflix account. It started with me opening what must have been my eighth account under a different email address for another free trail and after I ended up getting charged for one month since I forgot to cancel it, I figured I might as well give this service a try for a year. Thus I too have taken to binge-watch sessions after work well into the early hours of the morning of many shows and movies.

For the most part I’ve taken to watching anime and catching up on shows that my friends were raving about years before, like Sherlock. Yes,  I’m “tardy to the party” but hey at least I’m here now, haha. Anyway, I say all this because Netflix originals were on the very bottom of my “To Watch” list and with shows like Insatiable being  produced by the service, I feel that I was right in not going that route with my new streaming binge-watching habit. 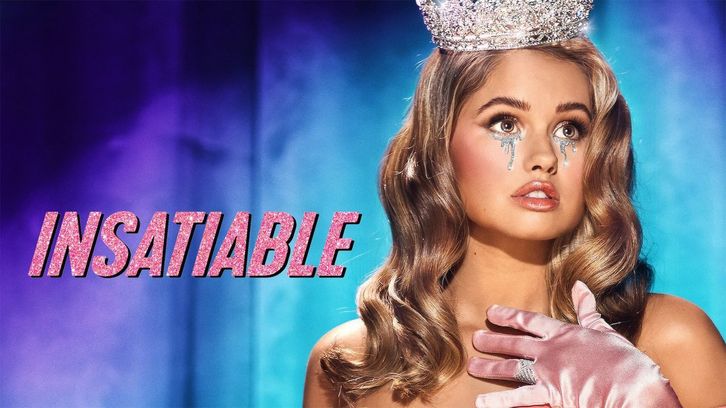 Honestly, when the online petition reached 100,000 signatures back in July I believed that the show would never be an option to be streamed on Netflix but obviously this didn’t stop production. Sure this is old news by this point but it still warrants a bit more discussion as it demonstrates the significance of narratives that are presented to an audience – well, at least I think it does.

The basic plot of the show is as follows: a formerly overweight teenager turned beauty queen sets out to get revenge on everyone who tormented her when she was bigger. According to the creator, the show is meant to tackle major social issues attached to weight and fat-shaming through comedy and satire. She has even gone on the record to say that the backlash the show got at the release of its trailer was nothing more than a form of censorship. [Insert eye-roll here] END_OF_DOCUMENT_TOKEN_TO_BE_REPLACED

Earlier this month the Swedish plus size brand, Ellos invited a few influencers to embrace the Swedish concept of Lagom, meaning,  “just the right amount.” This concept is  the complete opposite of what Americans typically embrace due to our intense consumer culture which is the idea of “more is better,”  so I found the concept of Lagom fascinating as it simplicity, affordability and quality above all else in every part of everyday life including fashion. 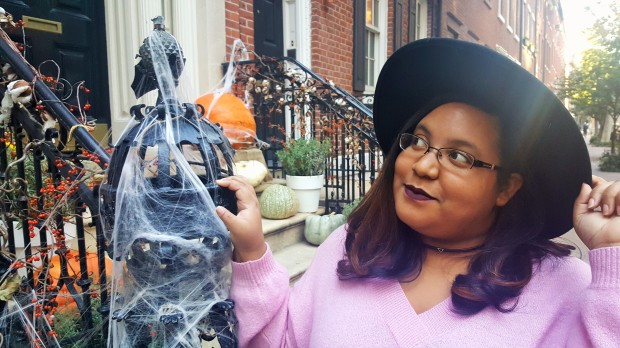 END_OF_DOCUMENT_TOKEN_TO_BE_REPLACED

Does this year’s CURVYcon Glitter (formerly Teal) swagbag deserve all the hate it got on social? After following the heated discussion on Facebook, I simply had to find out for myself. Thanks to a friend of mine I got the chance to compare the two swagbags from this year and record my findings. Check out the video below and let me know your thoughts!

Disclaimer: This video was recorded on Thursday, September 20th but I didn’t get a chance to edit it until this weekend due to a hectic work schedule.

Hi everyone, my name is Marlena. I'm an Afro-Latina and a self-identified Recessionista, who currently resides in Queens, New York. When I'm not conducting research or working, I'm on Tumblr reblogging "cool stuff." Follow me on Instagram @BigCity_CurvyGirl_ThinWallet.

#blackoutday2020 #endpolicebrutality #justiceforgeorgefloyd ✊🏽
I can see behind the smoke and mirrors... . . Swipe through for some bts of photo editing. Also what do you think about these kinds of "fantastical" photos? I've been having way too much fun with these so I might do a few more. (Outfit details are on the blog, link in the bio.) . . #thisis30 #psblogger #psfashion #plussize #mirror #thisisplus #instastyle #nycblogger #latinablogger #bgm #afrolatina #alternativeblackgirl #alternativecurves #altblackgirl #gothvibes #curvygoth #whatfatgirlsactuallywear #celebratemysize #plusmodelmag #pmmlovemybody #curvystyle #effyourbeautystandards #curls #teamnatural #alternativeblackgirl #alternativecurves #altblackgirl #gothvibes #curvygoth #whatfatgirlsactuallywear
Me to me: Its ok that you're not who you thought you would be at this point. . . . May is #mentalhealthawareness month and this year the need for mental wellness has definitely grown. With fearing for our own physical health and that of our loved ones, the added financial stress, the harsh reality of the rising number of unemployment, and feelings of loneliness from being quarantine, navigating through the day has become quite overwhelming for all of us. . . . Mental health is something that isn’t openly discussed within the Latino community due to stigma, but today I’m moving away from this practice and sharing my experience of coping with my anxiety while in quarantine on the blog. (Check out the link in the bio.) So much has changed and so much more is going to change, yet the best thing is to meet this uncertainty with compassion, for others but also for yourself. . . What is one way you've been kind to yourself this week? . . #selfcare #selflove #mentalhealth #psblogger #psfashion #plussize #mirror #thisisplus #instastyle #nycblogger #latinablogger #bgm #afrolatina #plusmodelmag #celebratemysize #pmmlovemybody #curvystyle #effyourbeautystandards
Sometimes a pop of pink is just what you need to make you feel better. 💄: @maccosmetics (Selena La Reina- Dame in beso Retro Matte Liquid Lipcolor) . . I know that many of us have been coping with the stress and anxiety of this uncertain time by keeping ourselves occupied as best as possible, like baking bread and binge-watching some of our favorite feel-good shows or movies.From fashion to skincare, I believe this is also a great time to try things we wouldn’t normally if we were still "out and about." So I'm sharing five of my current favs on the blog. Check them out and let me know what you've tried while in quarantine in the comments. The link is in the bio! Sending you lots of love and, if you're been feeling down lately like me, that you feel better soon. 💖 . . #psblogger #psfashion #plussize #thisisplus #instastyle #nycblogger #latinablogger #bgm #afrolatina #teamnatural #curls #curlygirl #curlyhairdontcare #alternativeblackgirl #whatfatgirlsactuallywear #celebratemysize #pmmlovemybody #curvystyle #effyourbeautystandards #selfie #selfcare #pink #pinklips
Happy Mother's Day to my first stylist, my first teacher/mentor and my first friend - my mother. 💖 Thank you for all the love you have shown me, for being there for me and going along with me on some pretty crazy (yet fun) misadventures, lol. . . . #happymothersday #mothersday #diadelasmadres #strongmom #motheranddaughter #singlemom #honoryourmother #timewithfamily #throwback #igetitfrommymomma #psblogger #latinablogger #afrolatina #afropanamanian #latinamom #bgm #nycblogger #empoweredwomen #empoweredwomenempowerwomen
A woman's beauty isn't seen, it is discovered. . . Many thanks to everyone who reached out with birthday greetings today. It really made my day. 💖💖💖 . . #thisis30 #psblogger #psfashion #plussize #thisisplus #instastyle #nycblogger #psootd #ootd #latinablogger #bgm #afrolatina #alternativeblackgirl #mirror #alternativecurves #altblackgirl #gothvibes #curvygoth #whatfatgirlsactuallywear #teamnatural #curls #celebratemysize #pmmlovemybody #curvystyle #effyourbeautystandards #quarantinebirthday
Its finally Taurus season! So let the fun begin. 😊 Pic from #thecurvycon2019 👗: @foxbloodshop 📸 : @rebelmoonmagick . . . #throwback #psblogger #plussize #whatfatgirlsactuallywear #alternativeblackgirl #gothicc #alternativecurves #afrolatina #thisisplus #fatshion #instastyle #psootd #ootd #curves #curvystyle #goldenconfidence #ownmycurves #bodypositive #pmmlovemybody #celebratemysize  #effyourbeautystandards
#Throwback to that time when @rebelmoonmagick kidnapped me for a spontaneous weekend trip to Virginia for #blerdcon2019. I'm keeping my fingers crossed that it isn't canceled this summer because we're both looking forward to some black nerd fun. Lord knows we need it after the stress of this spring. . . . #tbt #friendship #psblogger #fatshion #otaku #sailormoon90s #90skid #blacknerd #plussize #whatfatgirlsactuallywear #afrolatina #thisisplus #fatshion #instastyle #psootd #ootd #curves #curvystyle #ownmycurves #bodypositive #pmmlovemybody #celebratemysize #blerdcon #bgm #effyourbeautystandards #barearms
So this is week 4. I want to cry but I got stuff to do. (Which is not to say I haven't cried, because I have. A lot.) Even so this is not the time for a productivity competition or to judge anyone for their current employment/financial status. It is a time to be kind. Kind to your community, your family, your friends and, of course, yourself. . . In order to be kind to myself, I'm taking the day to halt my negative self talk by binge watching "Hey Arnold." What is your go-to comfort show? 📺 . . #selfcare #psblogger #psfashion #plussize #thisisplus #selfie #nycblogger #latinablogger #bgm #afrolatina #teamnatural #naturalcurls #curlyhair #celebratemysize #pmmlovemybody #curvystyle #effyourbeautystandards #comfyoutfit #girlwithcurves #furlough #furloughlife