Five years ago when I told my mother I had an interview for an internship position with a renowned fine art and antiquities auction house, her immediate reaction was, “go straighten your hair.” I had really long waist-length tightly curly hair—a gift from my mother’s side of the family—that tends to get a lot of unwanted attention. Though choosing to retain my natural texture for most of my life, I had a love-hate relationship with it- until I realized that my hair wasn’t a curse but something that made me more unique. Maintaining my curly hair was long, tedious process so as a child I often complained about my texture, while my mother was always the one championing  its natural beauty, so hearing her “go straighten your hair” declaration threw me off a bit. What did my hair have to do with my qualifications for the position? 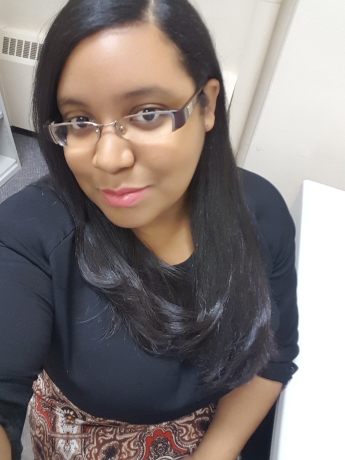 Disclaimer: A version of this post was once featured on the 4 Real Women International Inc. social network which has since been removed.

When I was eventually “hired” for the position, I immediately noticed that I was treated much differently than the other two interns, both non-minority women. On my first day at the office, I was given a lightning-fast tour of the building(s), its specific facilities, and of my department. I wasn’t told of an internal subway entrance until I was asked to drop-off a sculpture at a conservator studio downtown with the department’s administrative assistant, who later informed me of the short cut. I was also not told how to get back into the building should I decide to go out. I ended up going to the security desk to ask for a pass back inside. I told both guards that I just started and that my department administrator had neglected to tell me that I needed a specific ID to enter this building. Both gentlemen were African American; the older of the two sat behind the counter and looked me over—pinned back curly hair, black and beige dress, tights and heeled boots—and asked,” You just started to work…here? In HR?”

Confused with his interrogating tone, I replied, “No the American Art Department.”
They looked at each other before the older of the two stood up to shake my hand. “Congratulations,” he said, “we really don’t see many people like us working up there.” He then printed out a day-pass and told me to speak to my admin about getting a monthly pass.

Once upstairs I notified my administrator that I needed one of the monthly passes the other interns already had for this entrance. She told me that she would look into but I still ended up having to return to the security desk and ask for a day-pass every single day I went into work. And this went on for the majority of my time there. Until I decided to test a theory and conduct a social experiment with my hair. I proceeded to straighten it. After a couple tries and some help from my mother, I managed to flatten my curls into the perfect pin-straight cascade. The whole process took 6 hours, and I regretted the decision in less than 5 minutes.

The response at work to my change in hair was overwhelming and instant. That first day I was entrusted with an important assignment that had never been given to me. Once submitted, I was actually praised for the work I had done and given even more assignments of the same level of importance. I was even invited to dine with the department heads during lunch, and was given a more detailed tour of the department’s warehouse, as well as a step by step introduction to conducting reports usually left to the department heads and specialists. All of this on Day One of my “Straight Hair Experiment”! For the next two weeks I kept my hair straight and received this same treatment to the point that I as invited to sit in a department meeting, an opportunity that is never given to interns. As for the monthly pass, I never received it as I was given a resident card, complete with a staff photo, which gave me access to all of the company buildings and entrances, all by Day Three. When I returned to my naturally curly style this treatment slowly waned until it regressed back to what it once was. Although I was still given similar assignments of those of my fellow interns, unlike them I was questioned for the amount of time it took for it to be completed and what I had done.

All because of my curly hair?

A woman’s knowledge and confidence should be the indicator of professionalism, not her hair. Credibility and experience in your chosen career should be the only factors that are taken into account when one is being interviewed and given assignments. I’ll admit that wearing my hair curly within my department made me feel like a rebel, however, I didn’t do that with that end in mind.

Since this “Straight vs. Curly Hair” experiment, I have done research on the experience of other naturally curly-haired women. I continue to find it interesting how curly hair is equated with laziness, improper hygiene or “bed-head” when I have a rigorous hair regime (complete with an arsenal of hair products, and combs) to keep any frizz and my curl shape under control. Ironically it actually takes longer to achieve my naturally curly hairstyle  than blowing my hair out and yet this mentality remains. Straight hair is high maintenance because after fighting my natural texture, it is hard work to keep it that way.  I have to avoid perspiring, humidity and precipitation of any kind, otherwise my sleek style will turn into a wavy mess.  I will admit that I like how my hair looks and feels straight (sometimes), but I always look forward to the moment I get my hair back to its massive, stubborn, curly self. 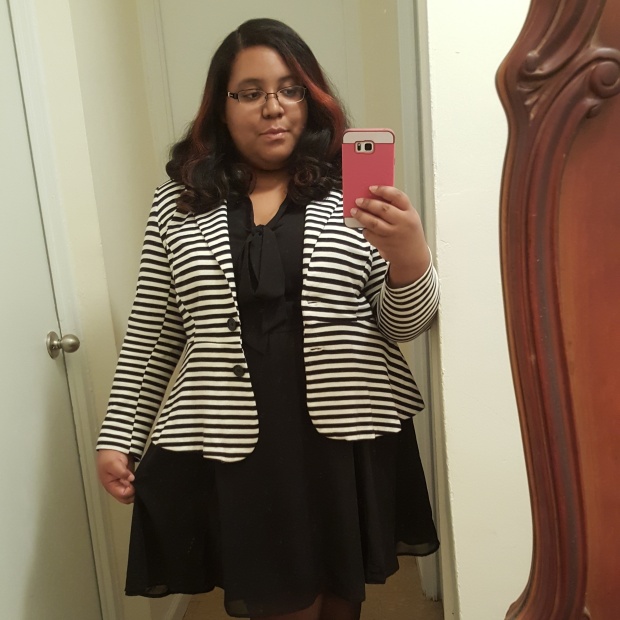 That said, if a woman blow dries or relaxes her hair to make it straight, I respect her choice. However, I don’t believe that anyone should dictate how someone should style their hair, rather whatever our choices are they should be respected and not hinder advances in the workplace. To this day, I make a point to to straighten my hair before every major job interview I have (which is also the reason why I do all of my job hunting during the fall and winter) with the idea that I will “reveal” my curls once I’m employed and better established in the company. I know that such actions may seem like I’m not attempting to foster any change, however, the truth is  that sometimes to “change the game” you have to “play by the old rules.” And with the increasing number of naturally curly women, like me styling, and showing off their curls in the office I know that those “rules” are close to changing.

What are your thoughts on women’s hair and professionalism? Should one’s hair play a role in how they are perceived and why? For those of you with curly hair, what are some of your best tips for how best to style it for work and interviews so it will not hinder you?

One thought on “Let’s Get This Straight! – Natural Curls in the Workplace”

I think I'm the only one who truly enjoyed the ☔️ gloomy and rainy summer solistice we had yesterday. And with little to no humidity! If NYC summers were more like this I'd actually enjoy this season. Either way I have my ways of keeping myself cool in the heat.
I'm a Prince fan and the only piece of purple clothing I packed for this trip to Minneapolis was this tee I had to wear for work. 🤦🏽‍♀️
My new frames have gold so I pulled out all the gold accessories I own to balance everything out 😆. I can't tell if it's my social anxiety that won't let me mix metals or if I'm just weird, but hey, at least I'm trying something different.
Stepping out for a second to get some ☀️ and then retreating back into the comfort of my air conditioned room.
Sunday Afternoon Tea photodump. It was a hot, hot #NYC day yesterday but I had a great time dressing up to sip on some delicious tea with these gorgeous ladies. 🫖👸
I'm really not ready for summer-like heat 😫 so if you need me, I'll be in the shade hiding from the warmth, and waiting patiently for fall to make its return. At least I'll get to pass the time in cute sun dresses. 🖤
The Black (and Pink) Parade reporting in for Friday the 13th. 🖤
Sometimes we laugh, sometimes we cry, sometimes we sit silently together and let time fly by… No matter what life brings, I'm glad to have you by my side. 💕🖤💕
It's supposed to hit around 70 degrees today which for NYC this could mean that it will be either very nice or very, very humid. 😬